Where do poses get their names? Some are inspired by plants or animals, others by the shapes they create. Most are named after things you can find in the natural world, but some come from ancient tales and spiritual stories about Hindu gods. Once such story gave us Virabhadrasana, more commonly known as the Warrior poses.

As far as ancient gods go, Shiva was somewhat non-traditional. Rather than getting involved with society, he spent his time meditating on mountaintops and in graveyards. With his hair in dreadlocks and a skull stuck to his hand, he was not the sort of bridegroom a father would choose for his daughter. Unfortunately for King Daksha, his daughter Sati thought otherwise.
Sati was a goddess who was the personification of divine female energy. She worshiped Shiva and wished to marry no other. Despite the many offers from rich kings, she would offer her hand only to Shiva. Her steadfast devotion drew Shiva’s attention, and he fell instantly in love with her. Against her father’s wishes, Sati married the god and they lived happily ever after.
For a few thousand years. 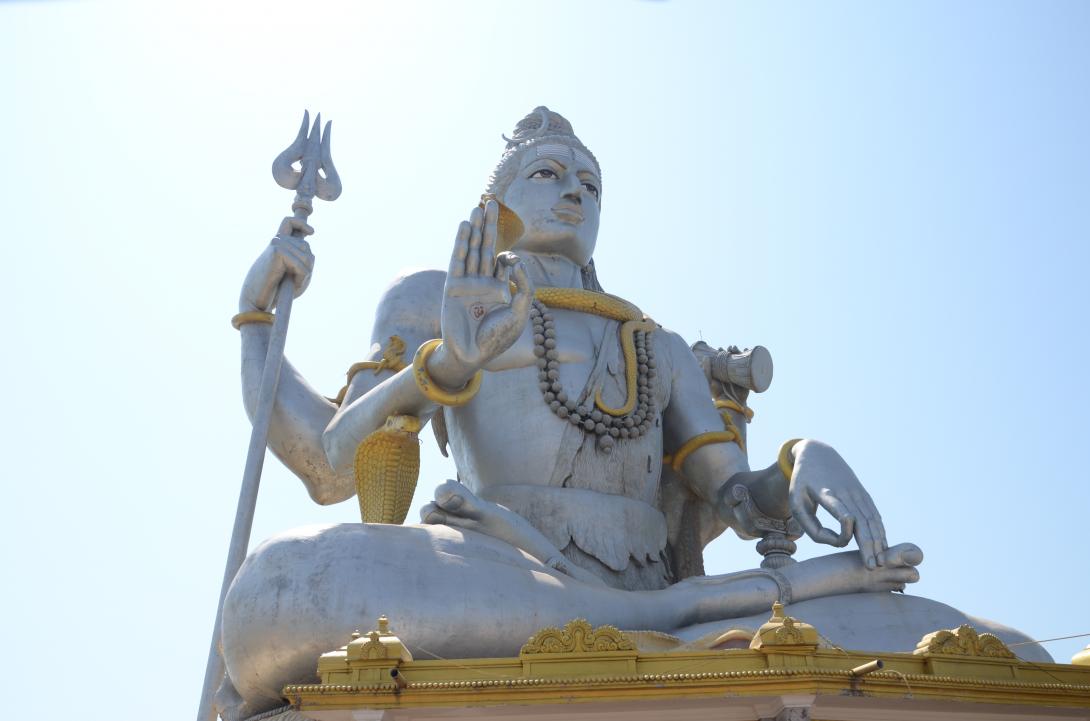 Daksha never warmed up to Shiva. The god was more akin to what Westerners would call a hippie than anything else, and Daksha believed his daughter deserved better. When she defied him, he disowned her. Not content with simply pretending Sati no longer existed, Daksha held a huge festival known as Yagna (ritual sacrifice). He invited everyone, from deities to dignitaries. Everyone, that is, except his daughter and her husband.

Sati was extremely upset by the slight, and she decided to go despite Shiva’s protests. When she arrived at the celebration, instead of a warm welcome she was greeted by her father snidely asking if she had come to her senses and left Shiva. Sati was humiliated as her father flung insult upon insult against her husband in front of all of the guests. Some even began to laugh at her.
Sati decided that she had had enough and declared, “Since you have given me this body I no longer wish to be associated with it.” Calling upon her inner fire through yogic exercises, she stirred the inferno so great that she finally burst into flames.

When Shiva learned about his wife’s death, he was infuriated. Tearing out his dreadlocks, he threw one onto the ground. From this piece of Shiva, Virabhadra was created.

The name Virabhadra comes from Vira meaning “hero” and Bhadra meaning “friend.” This “hero friend” of Shiva was a fierce warrior, and Shiva commanded him to return to the Yagna festival and kill all of the guests, including Daksha. This Virabhadra did, and from these acts, we get the three Warrior poses.

Warrior I – This symbolizes Virabhadra rising from the ground with his sword raised above his head.

Warrior II – Virabhadra in an “at the ready” position, sword pointing forward at the Yagna guests.

Warrior III – The final act of Virabhadra was to sever Daksha’s head, which is what this pose shows.

Before you start to wonder why on earth a story of the massacre is represented in the peaceful practice of yoga, here is how the story ends:

Rather than feeling vindicated, Shiva was filled with sadness upon looking over the destruction wrought by his creation. He replaced Daksha’s head with that of a goat and brought him back to life, then took the body of his beloved and retreated back into solitude. Daksha was forever grateful and called Shiva the “kind and benevolent one,” a complete turnaround from his earlier stance.

It might not be a fairy tale ending, but it does symbolically demonstrate our own inner battles, especially those between our higher selves and our egos that yoga tries to mediate. The next time you’re holding a Warrior pose, think of which side in your own battle you want to win – the Daksha side of prejudice and hate, or the Sati side of love and self-sacrifice. To a yogi, the right choice should be clear.

More from my site